Vue.js is a progressive JavaScript frontend framework written by Evan You. It’s one of the most powerful and easy to learn frameworks, and it has over 9.5 million downloads per month.

In September 2020, Vue 3 core was released. The new Vue.js release introduces some cool new features but also some breaking changes.

Why should I migrate to Vue3?

As the tech industry evolves, so do libraries, languages, and frameworks. At each release, bugs are fixed and new features introduced. And often with any major release, your workflow is enhanced. New features can give you the opportunity to do things that were tedious before.

Vue 3 is still relatively new. You don’t have to migrate all your projects over, but as time goes by, support for version 2 might end. Because of this it’s a good idea to know the steps you’ll need to take to migrate your projects.

In this guide, I’ll walk you through the basic steps you will need to follow to approach the migration. We will take a simple project and migrate it to Vue 3.

The project that we will use is intentionally simple, and so anyone can follow along. The more complex your project is, the more carefully you’ll want to plan for the migration.

The new Vue.js version does come with quite a few breaking changes and new features. Also, popular libraries like Vue Router have been updated to support the new Vue version.

If you already know Vue 2, the basics are quite the same. But before you can migrate a project to Vue 3 there are changes you need to take into account.

Depending on the size of the project you want to migrate, make sure to consider all the changes introduced with the new release so that your application will still work after the migration.

For this tutorial, I’ll keep things simple and show you how to migrate a Vue.js project that currently uses the Vue 2 CDN.

I’m taking the project from the book I wrote for freeCodeCamp, which you can find here.

In that project we used Vue Router, so we will also look at Vue router’s changes in this article.

What you need to follow along with this article

To follow along you need a basic knowledge of Vue.js and Vue Router. If you don’t have that. then I suggest you start by checking out my book available on freeCodeCamp.

You can also find the playlist with the full 8 hour course available for free on my YouTube channel.

What we’ll cover in this article

This tutorial is organised into three main chapters. First, we will have a look at the changes in Vue.js v3.x then a quick overview of Vue Router v4.x. And finally, we will start planning the migration of a real project.

Here’s the video version of this article if you want to follow along there:https://www.youtube.com/embed/5y8-fKSY_Lg?feature=oembed

Watching the video will help you reinforce your learning while reading the steps below. Here you can find the final repository for the project.

Vue 3 introduces a few new features and a bunch of breaking changes. Let’s see how these changes will affect our application and consider them before migrating.

In Vue 3 the breaking changes basically fall into seven categories:

Among all the changes there are some of them that any application will use, like the Global API and components. So you will need to take them into account if you want to start using the new Vue release.

And it’s worth mentioning the following additional changes:

For a complete list of changes, you can head over to the documentation

Let’s look at some of these changes in more detail now.

How to Create Application and Component Instances in Vue 3

In Vue 3 the way you create an app has changed. The Vue app now uses the new .createApp() method to create application instances.

The Vue application is now considered a root component, so the way you define its data options has changed as well.

The HTML root element hasn’t changed, so inside an index.html file, you will still see something like this:

Inside the JavaScript file, there is an important change you need to understand: You will no longer use new Vue() to create a new app instance but instead you’ll use a new method called createApp():

How to Define a Component in Vue 3

To define a component in Vue 3, you no longer use Vue.component(). Instead you now use the application root component, like so:

How to Use the Data Options Object in Vue 3

Given that the main app instance is now considered a root component, you can no longer specify the data property as an object. Instead, you need to define it as a function that returns an object like you usually do in components.

Change of Precedence for v-if/v-for in Vue 3

In Vue 2 if you used both directives on the same element, the v-for directive would take precedence over v-if. But in Vue 3 v-if always takes precedence.

However, using both directives isn’t a great idea. Make sure to visit the documentation here to learn more.

Similar to the props property, now in Vue 3 there is also an emits property that a component can use to declare the events that it can emit to the parent component.

I strongly recommend using this property to avoid emitting events twice in components that need to re-emit native events, like a click event.

Here is an example from the official documentation:

The emits property can also accept an object.

I won’t go in-depth into this just yet, but I’ll tackle each of the features/changes in a dedicated video series sooner or later, I promise.

With the new release of Vue.js, we also have a new version of Vue Router. The new release v4.x has some breaking changes that you’ll need to consider if you want to migrate a project to the new Vue release.

Two breaking changes are especially worth mentioning, since they are at the base of a Vue Router application. You will need to know about them to migrate your application later.

Let’s look at these two changes in depth.

The Vue Router 4 Instance Has Changed

To create a new Vue Router instance, you no longer use the VueRuter function constructor.

Here is the Vue Router v.3x documentation so you can compare.

The code changes from this:

In the code above, to create a new Vue router instance you now have to use the VueRouter object and call the createRouter() method.

Also, the new history property is mandatory – history: VueRouter.createWebHashHistory(). You must define it or you will get a console error.

Next, you’ll create the Vue instance using the createApp() method and use the variable app to call the .use() method. You pass the router instance there that you created in the previous step.

Finally, you can mount the root DOM element on the app instance using app.mount('#app').

You can read the Vue router v4.x documentation for more details.

Considering all the above, and after a careful review of the breaking changes, let’s try to upgrade one of our projects my Vue course. I’ll use the Portfolio, the final project of the course.

To migrate our app to Vue 3 we will definitely need to update the following:

Let’s take it step by step.

First, make sure you clone the repo inside the current folder:

Since our project still uses the CDN, the next step is to update its links.

In our project we’re using both the Vue CDN and the Vue Router CDN, so let’s update them both.

Open the index.html file and replace this:

Now if you open the project with the live server and open the inspector, you will notice that the application doesn’t show up and there are two errors in the console. Both seem related to the Vue router:

Well, remember that when Vue was rewritten, its libraries had to update their codebases, too. So don’t forget those breaking changes related to Vue-router since our application uses it.

Let’s first update the main Vue instance to use the new syntax. Then we will look at what changes we need to make so that Vue Router works.

Update this code inside the main.js file from this:

Above we saw the new syntax to define the root Vue instance component. But now, since we are using the Vue router, we need to take into account its breacking changes too.

The way Vue Router is instantiated has changed

It changed from this:

The code above deals with two major changes: new VueRouter() has been replaced by VueRouter.createRouter(), and the new history option now replaces mode.

Visit the documentation for Vue Router 4 to find out more.

Finally, let’s make our app aware that we are using Vue Router. If we injected the router instance in the Vue app, now we need to instruct it to use the Vue router, use the .use() method to do so, and pass to it the router instance.

And there you have it!

It doesn’t really matter how complex your Vue application is – if you want to migrate to a new major release you will still need to plan for it, read the release notes, and go over all the breaking changes to make sure that you understand what will break.

The more complex the application is and more carefully you should plan your migration.

For our simple application that’s all there is to do. But it’s not always like that. So get ready and plan in advance. 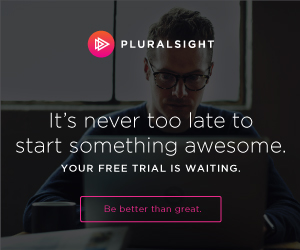 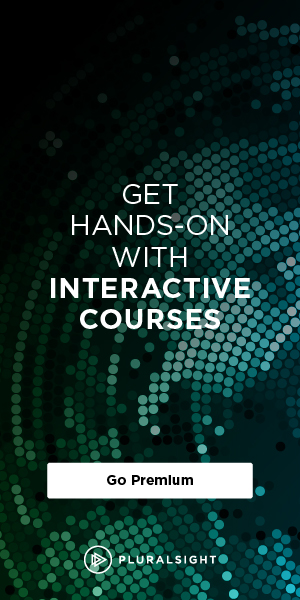 How to Build and Deploy a Portfolio with Vue.js Axios, the GitHub REST API, and Netlify

How to Migrate from Vue v.2 to Vue v.3 with a Simple Example Project

This website uses cookies to improve your experience while you navigate through the website. Out of these cookies, the cookies that are categorized as necessary are stored on your browser as they are essential for the working of basic functionalities of the website. We also use third-party cookies that help us analyze and understand how you use this website. These cookies will be stored in your browser only with your consent. You also have the option to opt-out of these cookies. But opting out of some of these cookies may have an effect on your browsing experience.
Necessary Always Enabled
Necessary cookies are absolutely essential for the website to function properly. This category only includes cookies that ensures basic functionalities and security features of the website. These cookies do not store any personal information.
Non-necessary
Any cookies that may not be particularly necessary for the website to function and is used specifically to collect user personal data via analytics, ads, other embedded contents are termed as non-necessary cookies. It is mandatory to procure user consent prior to running these cookies on your website.
SAVE & ACCEPT